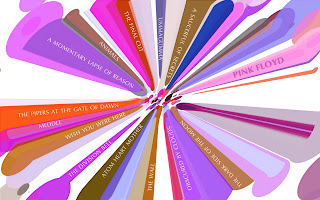 February 08, 2009
Dedicated to:
Gulzar Saab
and to all guys wih a computer screen who are the inspiration behind this piece

And for those whose Hindi font is not working:

November 16, 2006
I expect the DC++ hoggers already know about "Three KGPians day out", well here is a new version of it.

Four days before the end sem exams, and on the eve of the day which has three tests in store for them, three KGPians, decided to go out for a late night snack. Actually there wasnt much decision involved except for the place where they would be willing to hog down stuff. The local canteen won on the grounds that being the nearest, they would be WASTING much lesser time if they went there.

The guftagu began, after the initial rite of ordering your stuff. Two Bread Butters, one beg sandwich, and a cup of tea. No maggie, no chowmein -- seriosly these people were low on budget. Before we get any further into their actual conversation, lets name the three dramatis personae. On account of confidentiality, they have requested that they be known by aliases. So lets call them MyTh, Quark and manGO.

As the three waited for the food to arrive, manGO being in a counter reflective mood de…
20 comments
Read more

The Shortest Blog Ever

October 31, 2008
How can a QUANTIZED Universe allow for IRRATIONAL numbers???

Think about it!!
(and post your thoughts in comments)
11 comments
Read more